THE LAWYERS AND THE ROMAN STATE

The fifth gathering, which took place on the 21st of May 2015 in Board room №2, was in a way a continuation of the previous topic and more precisely – of the discussion about Augustus' policy to bring talented lawyers into the government. First-year students Rangel Rangelov, Petar Petrov and Tanya Mircheva presented a work, concerning the political and legal activity of Marcus Tullius Cicero. Reports were also read by asst. prof. Stoyan Ivanov, who gave an introduction to the history of Roman jurisprudence and its significance as a legal source, and intern judge Tihomir Rachev, who talked about the so-called „Law of Quotations" (Lex Allegatoria) and the attempts to put the sometimes contradictory official opinions and statements of the jurisprudence in order, as they were viewed as mandatory by the judiciary. 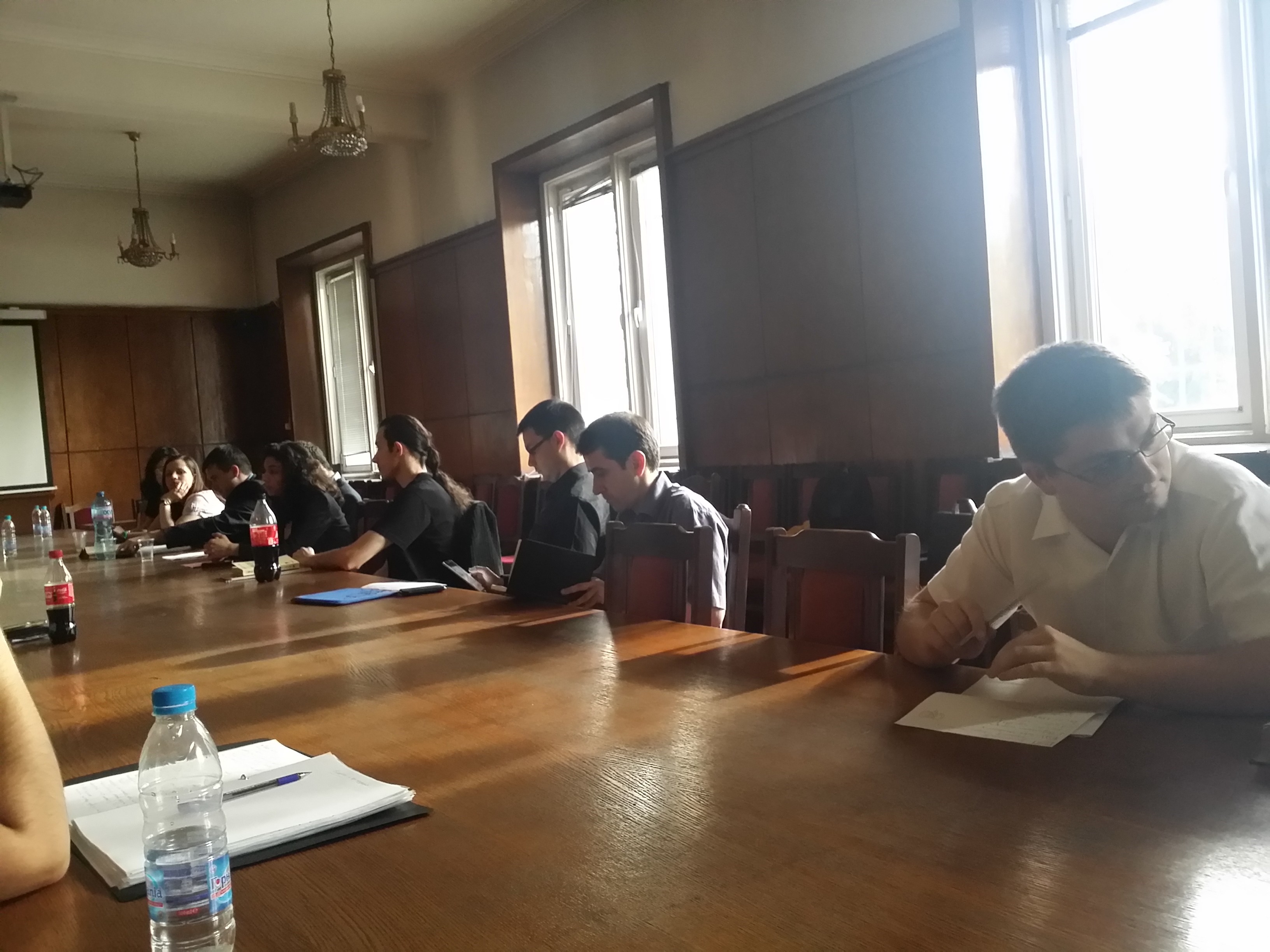 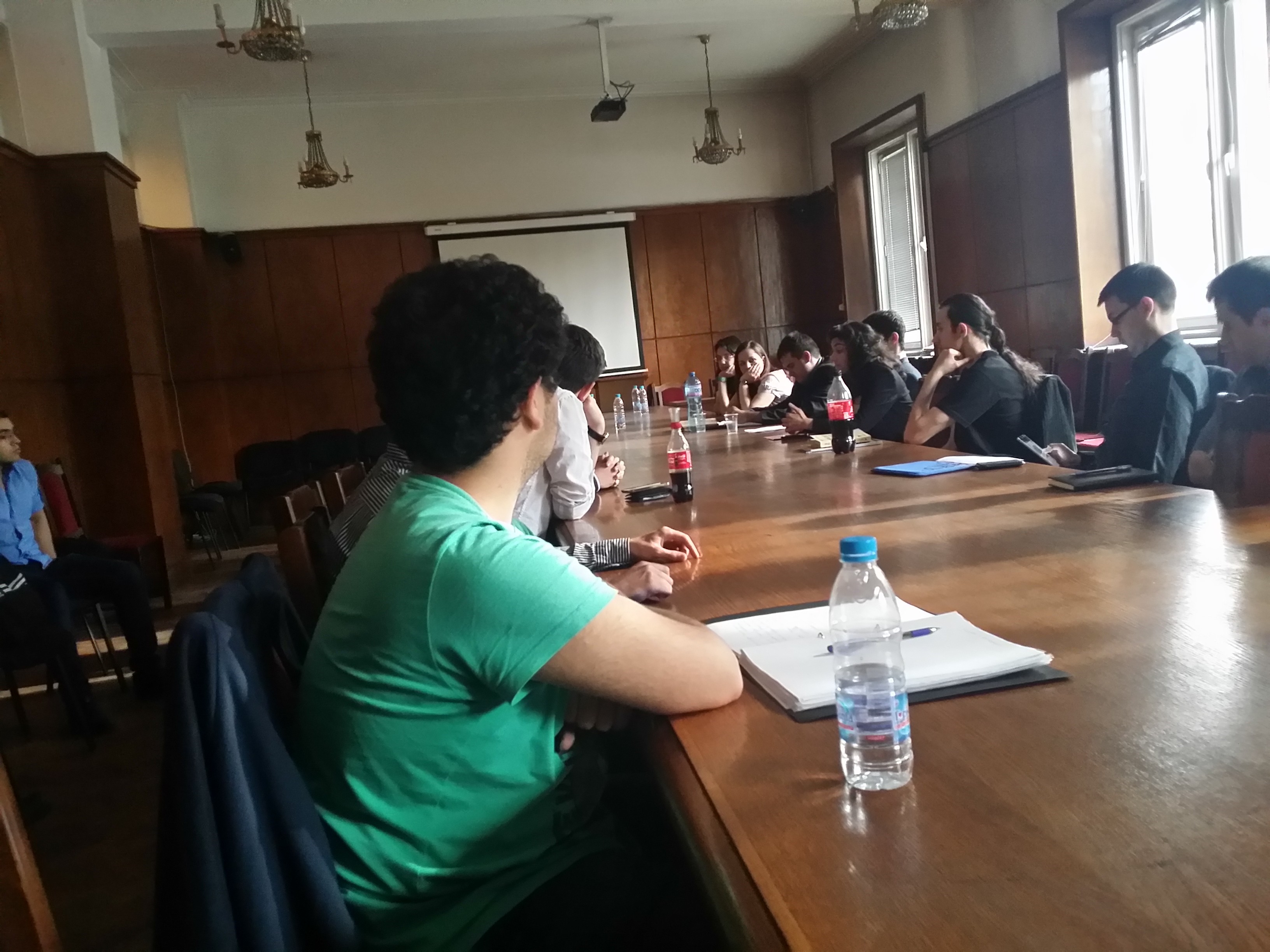 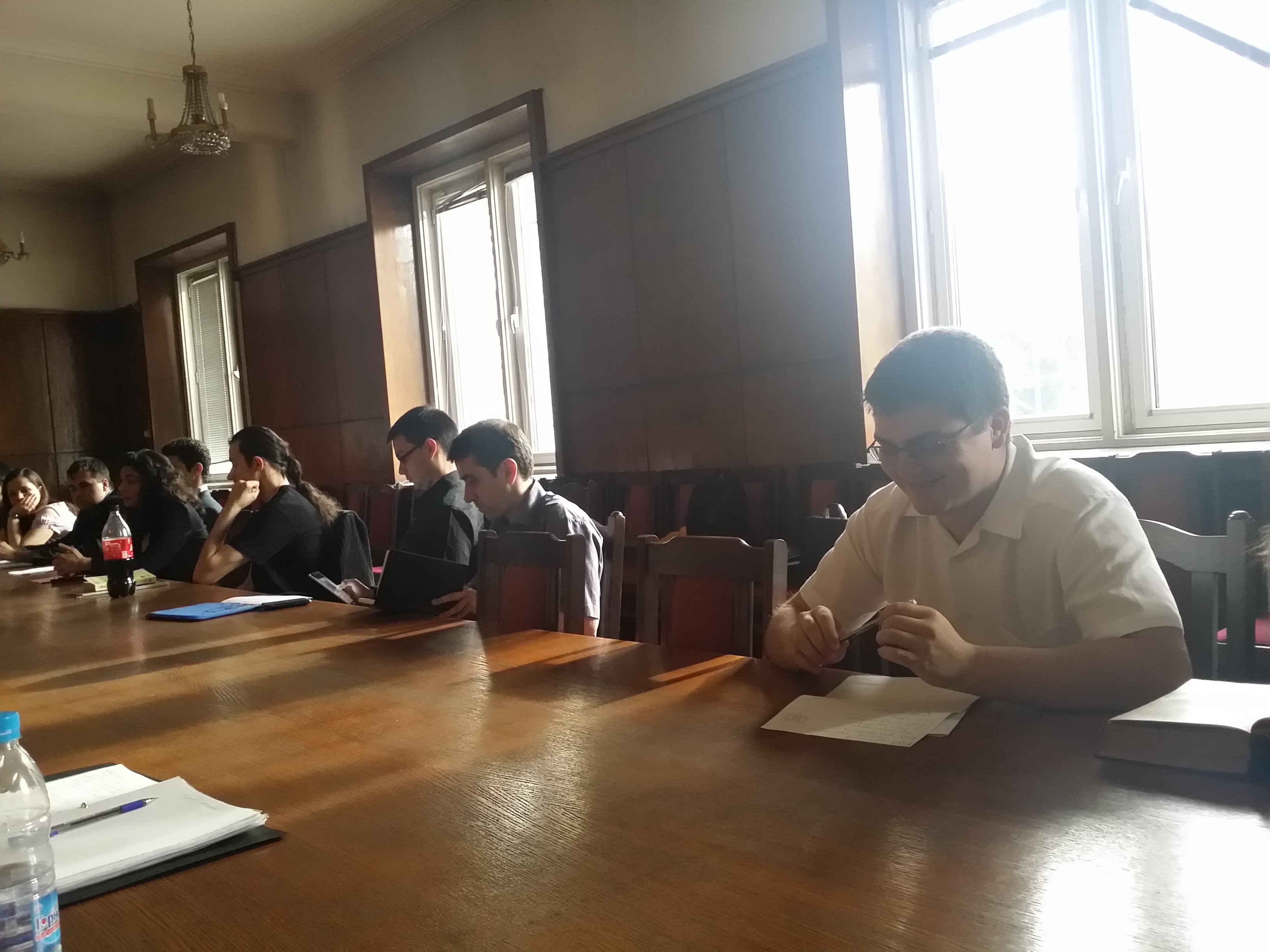