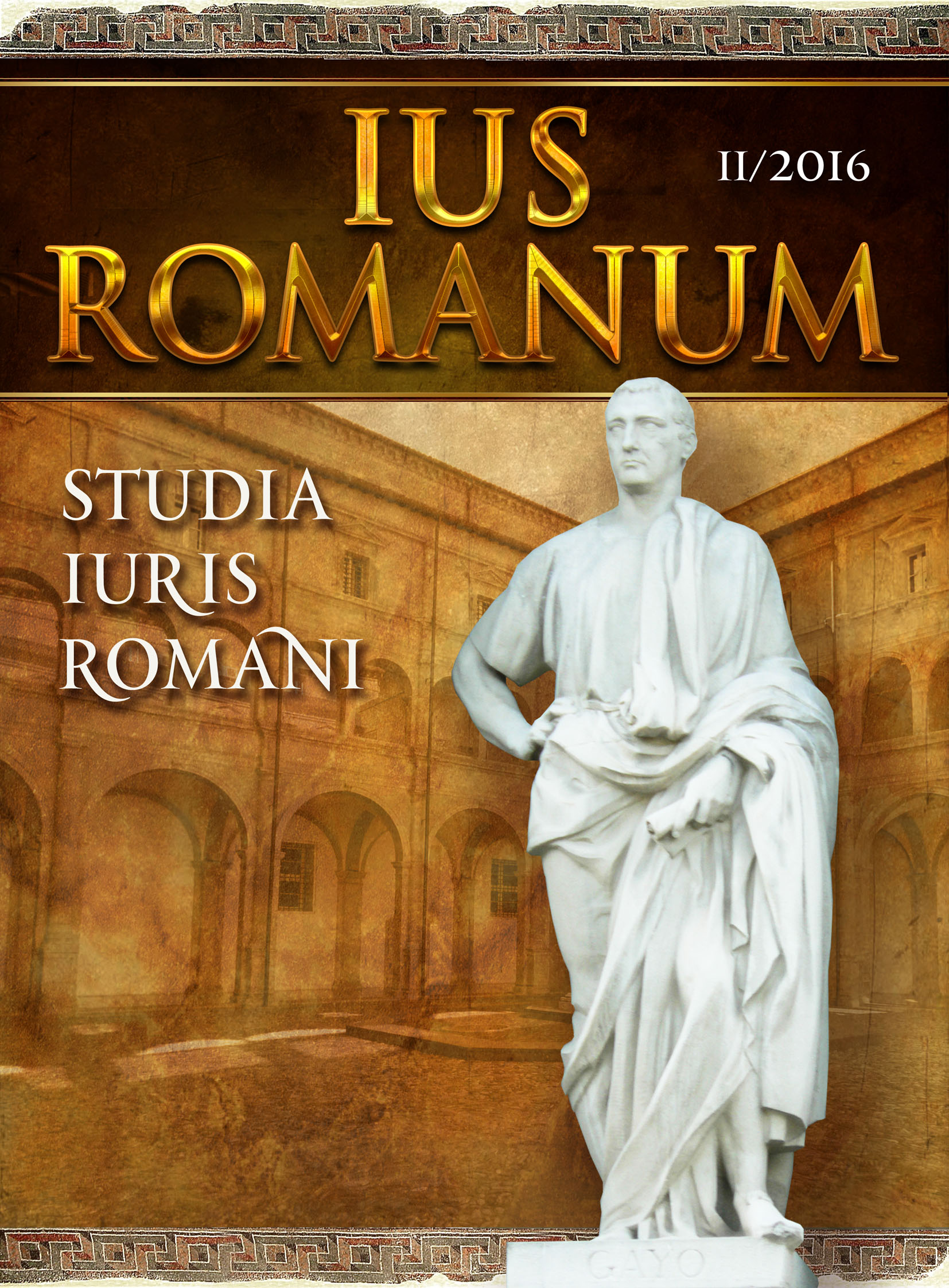 The second 2016 issue of the electronic journal of the Faculty of Law at Sofia University "St. Kliment Ohridski" IUSROMANUM is dedicated to a fundamental topic – Studia iuris romani. According to the decision of the General Council of the Balkan Association of Roman Law and Roman Legal Tradition « Societas pro iure romano » (S.I.R.), founded on 13 October 2016, it will publish papers by its members and papers presented at academic forums organized by the Faculty of Law of Sofia University "St. Kliment Ohridski" and the Association and this will lift the journal to new international horizons.

Thus, this issue contains papers by the participants of the First International Balkan Academic Conference which took place on 14 October 1916 at Sofia University on the topic of: "The Study and Teaching of Roman Law and Roman Legal Tradition in the Beginning of 21st Century". The conference set the beginning of the events envisaged in the Statute of the Balkan Association in view of achieving the primary aim - collaboration of university teachers united by the common historical past of the Balkans at the time of the Roman Empire and teaching the discipline of Roman Law at the universities of the Balkan countries.

Academic cooperation on the Balkans has been particularly strong in the last years. The initiative, however, of the Faculty of Law lecturers at Sofia University "St. Kliment Ohridski", for the creation of an organization in which lecturers and researchers from the Balkan countries can exchange their experience, present their academic developments, share teaching problems and difficulties concerning young colleagues' realization is completely new. In addition to this, the Balkan association has the ambition to become one of the authoritative international Romanist organizations placing the issues of Roman Law and Roman Legal Tradition in a European context and in collaboration with other universities and lecturers from all over the world.

The academic conference with the topics of the papers presented at it come to prove the necessity of this collaboration and the large perspectives of its realization. On the topic of the conference in a narrow sense there were a lot of presentations – concerning the historical development of the Romanist science and the university disciplines in Roman law in the individual Balkan countries, the new methods for teaching them and the expected results. Along with this, the attention of some participants focused also on a more general topic area of research outlined by the new directions in Romanist studies. The founders of the Association were especially honored to welcome as conference participants renowned Romanists such as: Prof. Gabor Hamza, Prof. Sebastiano Tafaro and Prof. Giorgio Barone Adesi.

According to a decision of the General Meeting of the Balkan Association of Roman Law and Roman Legal Tradition « Societas pro iure romano », because the journal is its academic forum as well, authored papers in the journal may be published in one of the three official languages of the Association – Italian, English and French. By the express request of the authors they may be translated in Bulgarian, too, in view of the wider popularization of the Romanist science in Bulgaria and in accordance with the aims of the academic project under which the Romanist website and the journal of the "Faculty of Law" of Sofia University were created. Papers will be accompanied by an abstract in the corresponding language and/or in English, key words and the author's CV and in this respect the journal's set format shall remain unchanged.

In the current issue papers are published into three parts. The first part comprises papers by Romanists from different universities in Europe who attended the conference, or were voted honorary members of the Balkan Association or who had especially sent their work to the association. Their position of priority is a sign of respect expressed by all the members of the Association for them and their support of the Balkan academic Romanist collaboration. The second part comprises papers of Balkan countries Romanists who share their teaching experience and academic achievements at the forum. The third part includes papers by Bulgarian Romanists who attended the conference and presented at it.

We hope that by this issue of the IUS ROMANUM  journal  we will provide a more complete picture of the contemporary situation of the Romanist discipline and its teaching at university and we will hold the door wide open for an even stronger collaboration in the research of Roman Law and Roman legal tradition.