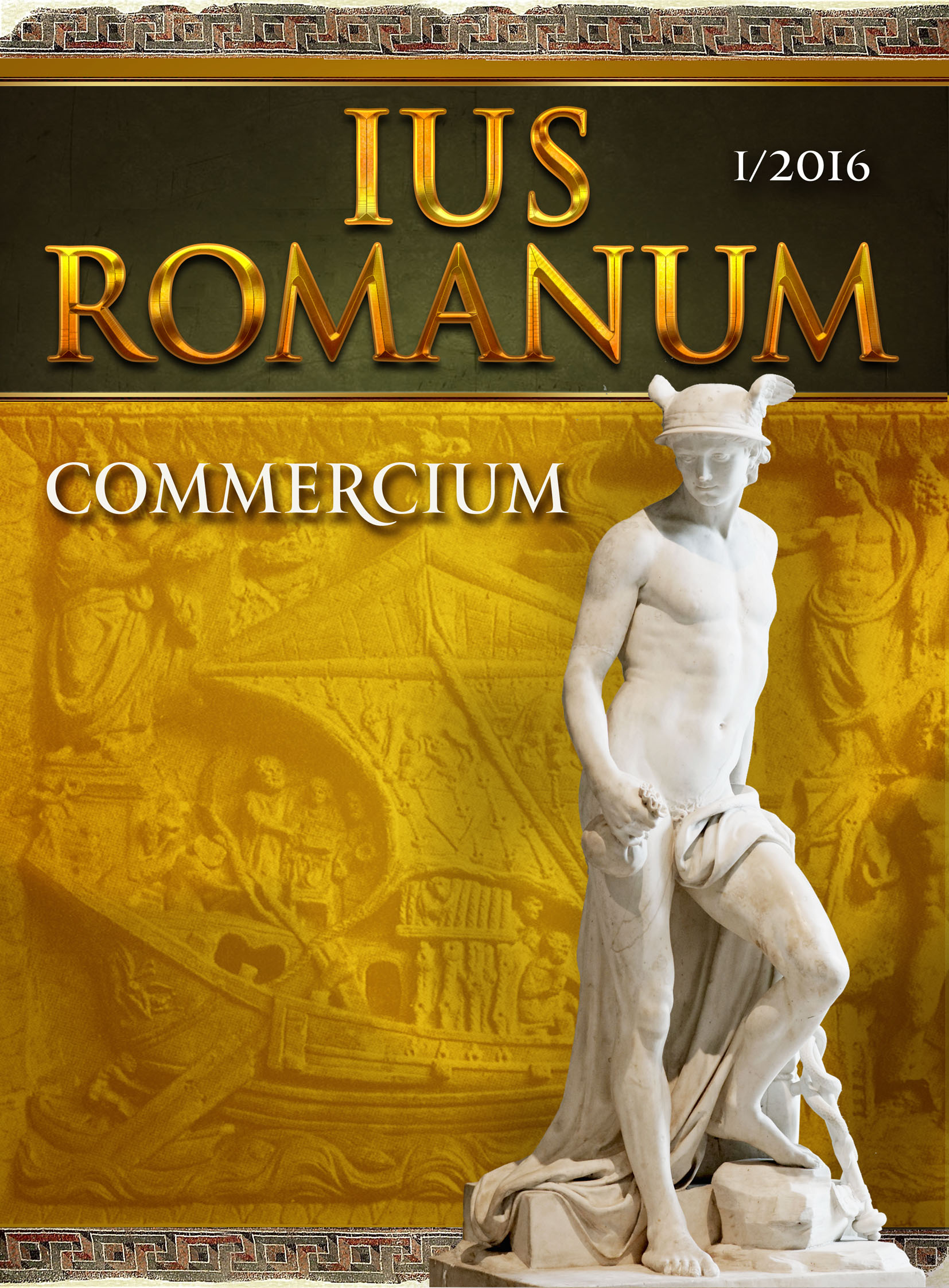 The Online Journal of the Faculty of Law of the Sofia University "St. Kliment Ohridski" starts the second year of its creation with an important but provocative subject – about the Roman and contemporary commercial law. The title which was chosen for this issue - COMMERCIUM, is a distinctive lexmark, which serves both to mark the turnover, the trade as whole and the ability of the full Roman subjects to enter into transactions and participate in the civil exchange, the right of foreigners to trade in the territory of the Roman Empire, as well as the trade centers themselves, the trade negotiations, exchange of the opinions, services and even the secret bargaining and agreements both in private and in public aspects. The very etymology of the term points to a sole activity and the Roman concept of merx is so broad that it covers all values, in material and and abstract sense.

The choice of issue number 1 for 2016 is not accidental. Led by the desire to present some of the most significant aspects of ancient Roman law and its continuity in modern legal systems, we have dealt with the issues whose actual application is at the root of the creation of the Roman Empire as one of the most important for the Antiquity unification of territories, people, activities and capitals. It is precisely the Roman legal experience in the world trade exchange that is also a reason to revive the interest in Roman law in medieval Western Europe, which led to the reception of Roman law, to its deep study and inclusion in the modern codifications. Furthermore, the legal framework of trade relations in Byzantium, which has had a significant impact on economic life in the eastern Mediterranean and the surrounding territories and medieval states, is not secondary. But what we consider to be the most provocative is to give to interested readers a part of the discussion of the existence of Roman commercial and banking law, the influence of Roman law on the lex mercatoria, the use of Roman models in the settlement of modern commercial relations.

The choice of the topic has a personal dimension, fulfillment of a collegial debt to our colleague Assoc. Prof. Rumen Cholov, PhD. In 2014, 65 years have passed since his birth, and in 2005 he left us forever, leaving an unfinished idea of ​​teaching and developing of Roman law related to contemporary interests and requirements. At the end of the 1990s Prof. Cholov first placed in the academic circles and in the public space the theme of the continuity of the Roman Institute in modern commercial and banking law - years before in Bulgaria to create the new legal framework of these relations . His lectures on the programs of the Bulgarian National Radio attracted great interest in this issue. A significant part of his research in a form adapted for didactic purposes, is included in the book "Private Rome Law", edition of Siela since 2000.

In his memory, the project team - creator of IUS ROMANUM and the editorial staff of the journal, with the support of the Department of Theory and History of the State and Law and the Department of Civil Law at the Law Faculty of the Sofia University "St. Kliment Ohridski" and SIELA Publishing House, organized on 10 March 2016 a scientific colloquium with international participation on "Roman and contemporary commercial law ".

In the current issue of the journal IUS ROMANUM are included articles of the participants in the colloquium as well as many other colleagues from Bulgaria and abroad who sent them together with their respect for the memory of Prof. Cholov and the continuation of his ideas we are trying to realize now. The main concepts are presented on the question of the existence of Roman commercial law and its relation to the Banking Law of Ancient Rome, its influence on various contemporary commercial law institutes, the procedural protection of traders, etc. It is not unnecessary to note that for it is a special honor that one of the most significant contemporary scholars who have been developing this issue has come to our invitation to participate in the kolokvium and the magazine. By translating the articles of foreign colleagues into Bulgarian, we have tried to give everyone who is excited about it the touch of the real dimensions of the Roman and modern doctrine of COMMERCIUM.

According to the established tradition, the authors are ordered in the order of the articles in the editorial office. The content is divided into two main parts devoted to Roman-Roman relations and the romantic tradition in contemporary legislation and doctrine. There is also a third (and first in content) part of the emotional memories of the close friends and colleagues of Assoc. Cholov, who had the opportunity to attend the conference and who presented it to those who could not know it, to listen to his lectures, communicate with him.

We hope that with this issue of IUS ROMANUM, we will again provoke not only the scientific and historical interest in Roman law and the Roman tradition, but we will also warrant some reflections on the application of the commercial law institutes these days